Monday and Tuesday (July 18 and 19) at Oxford were relaxing days spent in Oxford itself. I finished reading Othello and worked on my essay on Iago.

He's a very complex villain, so I read a lot about him and watched some performances by actors who have played him (like Ian McKellan). Ewan McGregor had some interesting things to say about Iago in an interview--as did Andy Serkis. They felt that Iago was more than just the devil-incarnate. If you're really interested, you can read my essay on Iago, where I discuss these things in depth (and will never again in my life give as much thought to Iago).

It's Time for a Pub Crawl

On Tuesday, I went with Dr. Velie and some classmates to the Eagle and Child pub. The Eagle and Child (or Bird and Baby, or Turkey and Toddler, or Fetus and Fowl) is where C.S. Lewis, J.R.R. Tolkien, and a group of other writers who called themselves The Inklings met every Tuesday to discuss their works. I didn't get to stay long because it was crowded and we were moving onto the Trout Inn, a pub and inn where the Inklings would go away for the weekend.

I got a lemonade (which in England is just like a Sprite, or 7UP, or Sierra Mist, or Squirt, or any of the varieties of lemon-lime-fizzy-drinks) at the Perch, which is (in)conveniently hidden off a main road through a forest. From what I understand, because the Perch wanted to attract business, they had no sign or gate to their entrance from the road that we were on.
Then they decided to make a passageway through the trees and line it with arches and lights.

Finally, after passing a lock (canal-kinda-thing) and an abandoned nunnery (the elfs stopped me from taking pictures), we arrived at a dangerous two-way-one-lane-road that went over a bridge and led to the Trout Inn.

I was very excited to be at the Trout, because of the connection to the Inklings. I had seen video and pictures of it a week or so before in a C. S. Lewis documentary. I will leave you with some pictures. 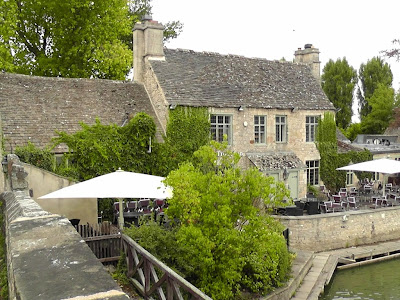 It's just like in the movie! And in the time of the Inkling! Regrettably, there was no mention of the Inklings at the Trout. It's a nice Inn, but they should advertise the Inklings-connection. 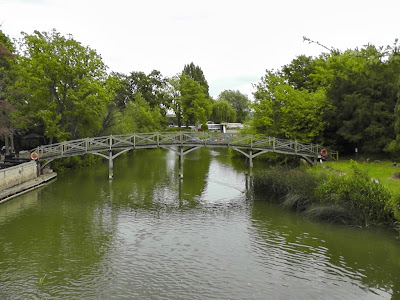 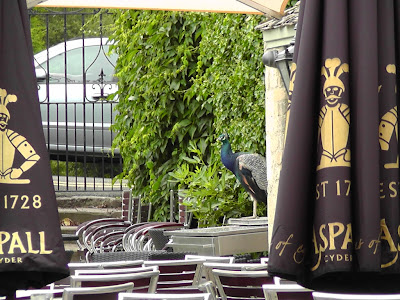 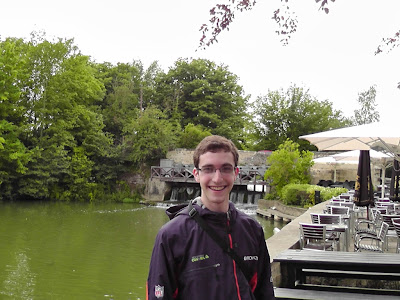 I am very happy to be there. I am also happy because it is about 30-40 degrees cooler than it is in Texas.
Posted by SteventheThorn at 8:18 AM