On Saturday, July 16, I went to London to meet my friend, Chris Perry. I've known Chris from The Last Alliance, the best Lord of the Rings Strategy Battle Game website since the foundations o' the earth. Chris was GandalftheGreat. I'm Sorandilun. It's what's up.

I took a really early bus from Oxford to London, reading Othello on the way, and met Chris there on Buckingham Palace Road. We walked over to see Buckingham Palace, saw Westminster Abbey, checked out the London Eye, saw the National Gallery (with lots of Swiss paintings) ate lunch at a Pizza Hutt in Leicester Square (which was big! Two stories!), checked out M&M's World (one of the few places in England that they have Hershey's Chocolate), went to Oxford Street to see all o' the shops (including a mall with Games Workshop! w00t w00t!) and talked about Manchester United and football and Lord of the Rings and Warhammer 40k, and TLA, and it was a super-magnificent time.

Chris Perry is a champion. He know's what's up. 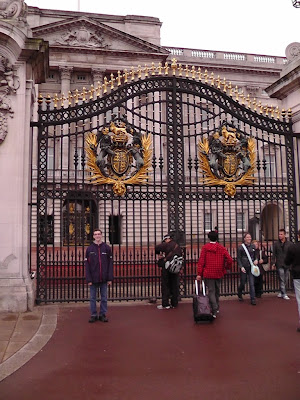 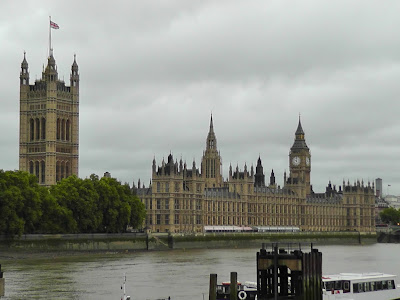 So it's not just an abbey for monks. They have a government there. An important one. They use it a lot. 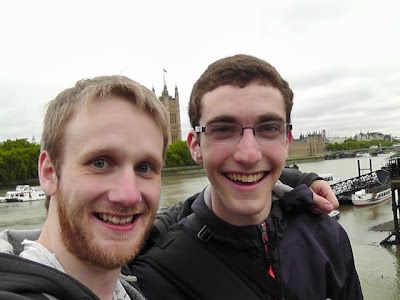 GandalftheGreat and Sorandilun hang out, in an epic town, on an epic day. 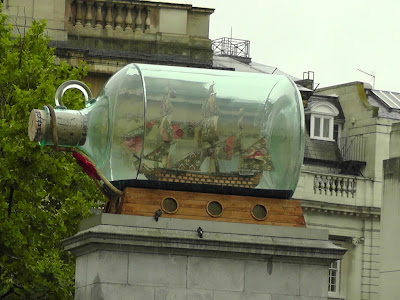 It's a ship in a bottle in Trafalgar Square! 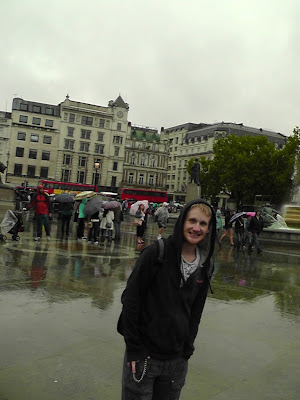 I got away with a week of clear skies, but English weather caught up with me in London. 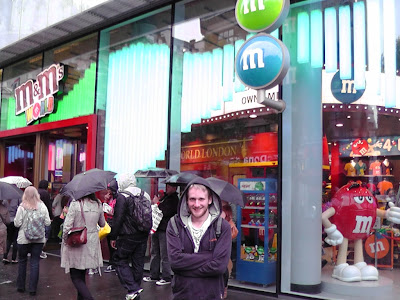 Now I just hope all of those riots get sorted and London can return to being a swell place.
Posted by SteventheThorn at 9:08 PM