I only have a handful of Oxford blog posts left. Savor each one, like a delicious strawberry-flavored Yazoo milk drink.

I just realized now that I never posted my second essay on Shakespeare. That's probably okay. Who wants to read a Shakespeare essay on a blog?

Exeter College
On Wednesday, July 20, Aubrey and I took a look-around Exeter College after our tutorial with Ben (not Ben who cooks the cookies but Ben who teaches Shakespeare). 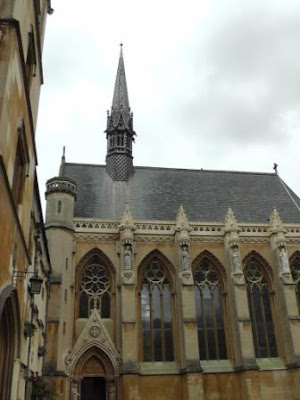 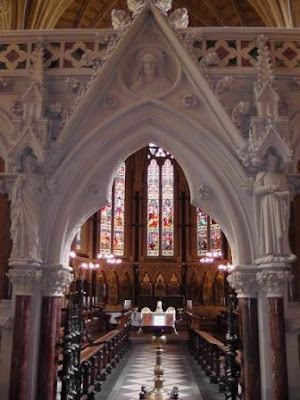 A bust of Professor Tolkien, who was a student at Exeter in 1911 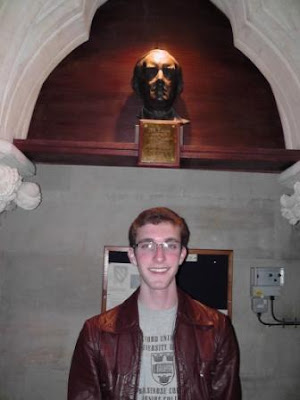 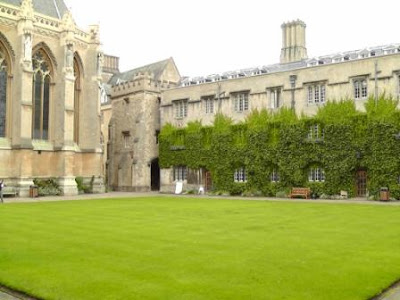 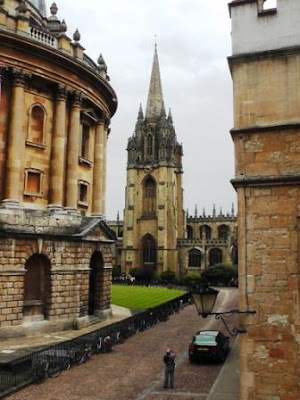 Blenheim Palace
On Friday, July 22, I went to Blenheim Palace with my friends before I took the train up to Nottingham for the Lord of the Rings Doubles Grand Tournament (more on that in a later blog post!)

Blenheim Palace is the home of the Duke of Marlborough, and it is the birthplace of Winston Churchill. It's difficult to describe how magnificent and wealthy Blenheim is if you've never been to a palace (I don't think I had before Blenheim). I took some pictures outside the palace, but we were not allowed to take pictures inside. 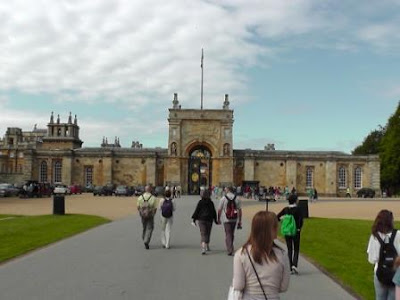 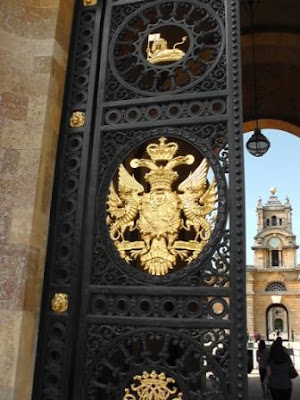 Suffice to say, the palace inside had lots of paintings and tapestries that were centuries old, lots of rooms (with names like the Green Room), and gold all over everything. There was also a cabinet with hundreds of little toy soldiers near the entrance, which quite entranced me (although I did try to pay attention to the tour guide). 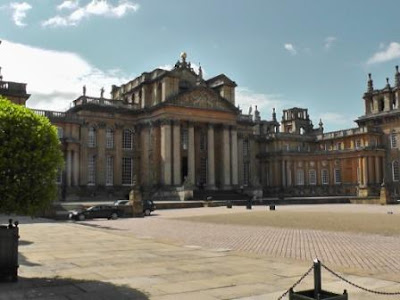 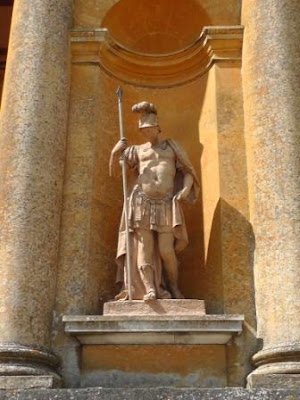 There was an organ with around 2300 pipes (inside the library! Try to study with that!) and a Winston Churchill exhibit. And a restaurant out back. With more cabinets of toy soldiers in the hallway outside of the loo. 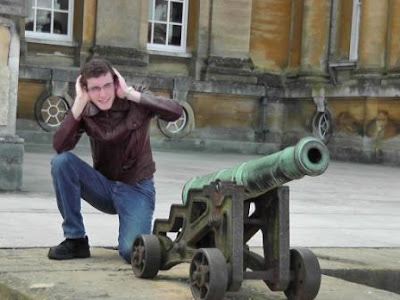 I am fighting off brigands. 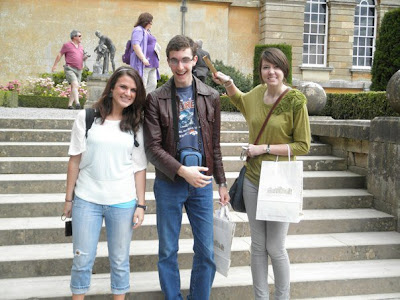 Kayley smites me with a ruler for firing off cannons and fighting brigands. I consider myself smited (or smitten? How does that work?)

The worse part is that was my ruler. 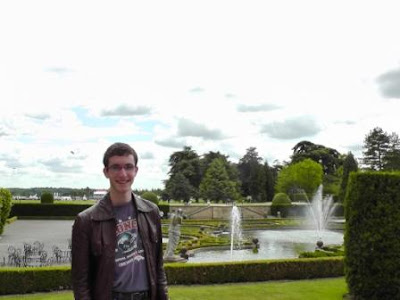 After being smitten, I decided to take up more peaceful pursuits, like gardening. Here it is.
I hope you like it. 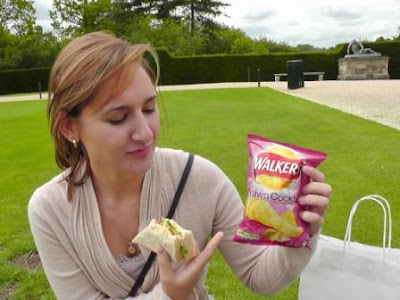 Sarah does not know how to deal with the Lay's--er, Walker's Potato Chips in our packed lunch. Prawn Cocktail flavored. She did not like it.
I ate them, and they tasted like Lay's Barbecue chips. I guess when you have artificial flavoring, it's all the same.

But the girls all loved Blenheim Palace, and they visited again the next day.


Meanwhile, I went to Nottingham to fulfill an 8-year dream.
Posted by SteventheThorn at 9:27 AM