On July 30, my friend Aubrey and I took the bus from High Street, Oxford to Heathrow Airport. Unfortunately, neither of us knew which gate we were supposed to be at. When I checked online, the information that I had thought was for Heathrow was actually for DFW.

Thankfully, some high school students from America were taking the bus to Heathrow as well. They had stayed at Brasenose the same time we had. They were going to Gate 3, so we just went with them. That was a good choice, because Gate 3 is the American Airlines gate.

We got to the airport 3 hours early, which is fine with me, because I don't care to ever miss a flight. We watched Dr. Who to pass the time. Then we met up with Erica and Erica and took the flight back home across the ocean. It tested my attention span quite a bit. 9+ hours in a plane is not fun, especially since I didn't sleep.

I feel worse for the little kids on the flight though. But we all survived, and we got back home in the U.S. of A. Back to Texas, land of brown and 100+ degree weather. Quite different from the green hills and 60-70 degree weather of Oxford, England.

But I'm not going to end my Oxford blogs* by talking about my flight home. I'm going out of chronological order one last time. I'm throwing one last hurrah!

*And just because I end my Oxford blogs doesn't mean I've ended my England blogs. Ha!

On the morning of Thursday, July 28, the day that I did the C. S. Lewis tour, I visited Saint Mary's Cathedral with Kayley and Sarah. Saint Mary's is where C. S. Lewis delivered his "Weight of Glory" sermon. It's the church of Oxford University.

So we climbed up the tall tower, which overlooks Radcliffe Square. Saint Mary's Church isn't as tall as Magdalen Tower, but it's still very tall. 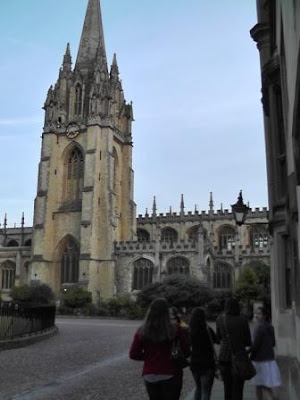 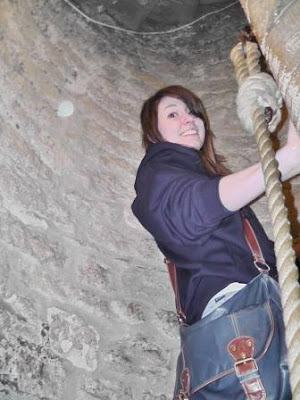 Kayley climbs the spiral staircase, trying not to hold onto the sketchy, sweaty, damp rope. 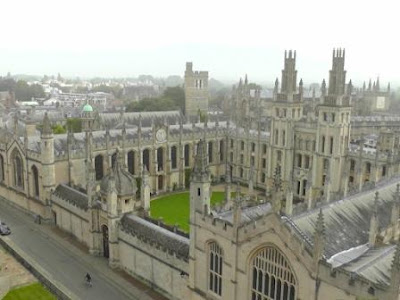 All Soul's College, the graduate school that is not open to all souls. 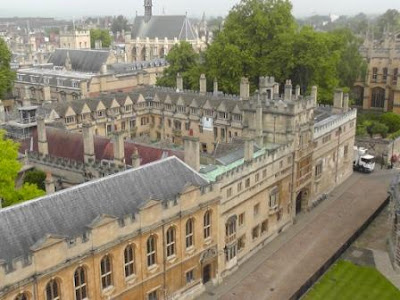 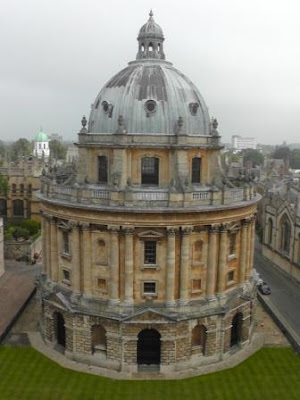 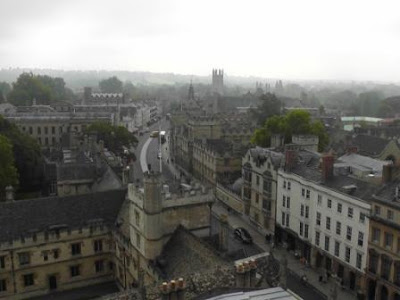 Looking east down High Street. You can see Magdalen Tower in top center. 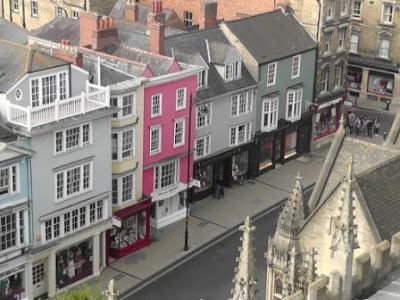 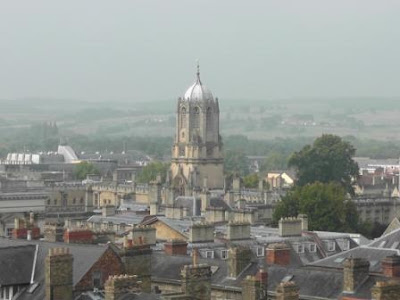 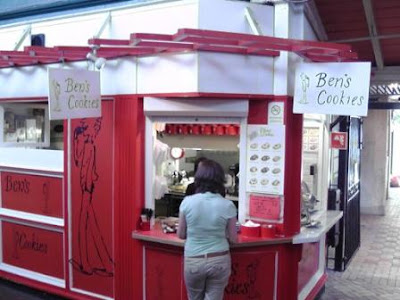 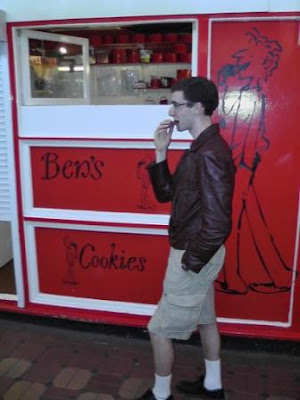 I see what you did there. 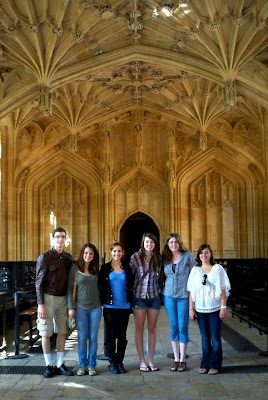 This is at the Divinity School in Oxford. It served as the Hogwarts Infirmary for the Harry Potter movies.

(My Last Hurrah!)
Posted by SteventheThorn at 3:01 PM