Blink-182 returns with their first album in eight years. Will Neighborhoods keep us Up All Night?

Lord of the Rings Elf Miniatures

These are pictures of the Elf miniatures that I've painted from the Games Workshop Lord of the Rings line. 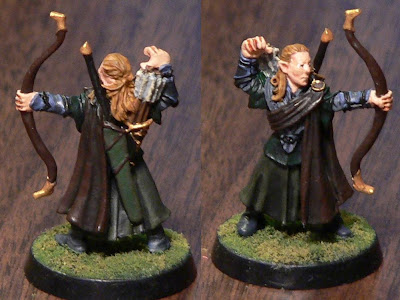 Wood Elf. This was the first one that I painted with Citadel acrylic paints. Before this, I was using Testors enamel paint.

Glorfindel, Lord of the West 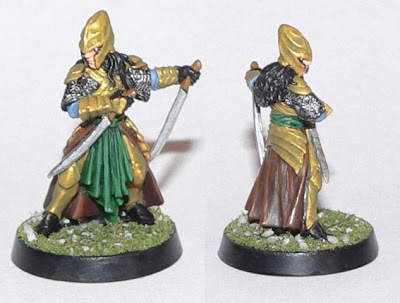 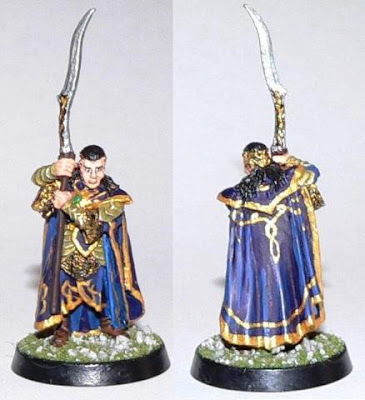 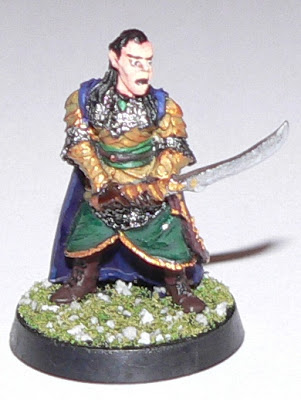 
I really like the way that Elrond came out, but it took some blood and tears. I had finished his face, and I was very pleased with it, but I needed to add a sliver of paint to the tip of the sword before I was done.
So I applied the paint to the sword, and when I had returned me brush to its holder, I looked at the face and there was a massive swab of silver across Elrond's face.

...so it took me a further hour to finish him. Hobby-gut-check for sure.
Posted by SteventheThorn at 1:38 PM No comments:

Waldo Reed and the Totem Mountain on Nook!

Waldo Reed and the Totem Mountain is now available on Barnes and Noble Nook for $0.99!

It's my second ebook, a contemporary fantasy. 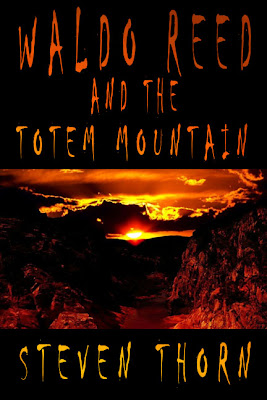 Freshman Wizard.
Portal to the netherworld.
Might affect his GPA.


Waldo Reed also got his first customer review on Amazon.com!

"Harry Potter Goes to College"
If you're a fan of Harry Potter, you'll definitely like Waldo Reed. This story is funny and cute. The characters and descriptions are very vivid, and the story has excitement and is very engaging. Wizard schools are always fun subjects, and the author handled this one very well. --Bronwyn Brookes
Posted by SteventheThorn at 3:54 PM No comments:

I was ten years old, eating breakfast at home with my mother and brother. We had scrambled eggs and sausage. I was thinking about Bionicle, LEGO's new line of toys, and the school that I need to do for the day.

Then my dad called and told us to turn on the television. The Pentagon was burning.
Columns of smoke were rising from the Twin Towers.

I had found out about the World Trade Center the year before, I think, and I wanted to visit them at some point. Now they were burning.

Then I watched the towers collapse, and my heart fell with them. That's the only way I can describe it.

Then the smoke, and the photos of people falling, and the stories.

The questions, the newspapers, the flags, the vigils, and the war.

Everything changed. It was the defining moment of my generation.

I remember.
Posted by SteventheThorn at 11:12 AM No comments: