When I visited, my friend Caleb showed me a poem on a wall that was by C. S. Lewis. We had to take a short walk (we jogged because we didn't have much time) through a path in some trees to get there. 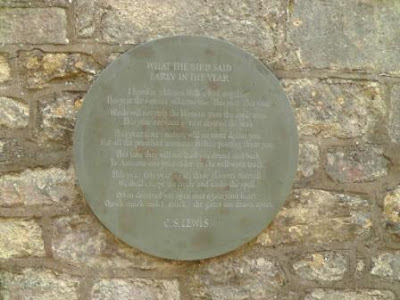 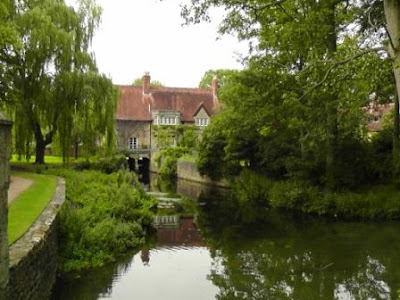 The poem was on the wall just to the left of this picturesque view.


I only just found out, as I was uploading pictures to the interwebz, that Addison's Walk is a famous path.

I wish I would have known that. I also wish that I would have spent more time in Magdalen College. There was so much to explore, but I only had a few minutes before dinner one day. Oh, well. More on that later.

And later I shall have to walk Addison's Walk.
Posted by SteventheThorn at 2:37 PM