-Liberal Arts Majors try to pay a bill!
-The Grave and Birthplace of William Shakespeare!
-A Man Having an Existential Crisis While Holding a Skull!
-Steven Enter a World of Flavor!

On Sunday, July 17, I went to Stratford Upon Avon with seven friends. Stratford is Shakespeare's birthplace and resting place. There were only about 8 or 9 of us from OU that stayed at Brasenose over the weekend, so we became a tight little group. 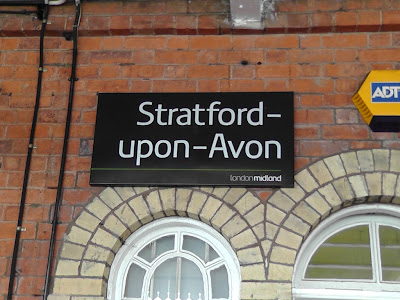 This is a sign indicating that the current location is the hometown of the Bard.


Oh Wait, This Is A Flashback LOL

The night before (after I came back from London), we went to a Chinese restaurant called Paddyfield's that was right next to the Bangkok House. We divided into two groups of four (there were nine of us) because the tables were small.

The dinner was good, but I think the general consensus was that the Bangkok House was the best. I ate with Ashley, Kayley, and Sarah. When we got our fortune cookies, I pretended that my fortune was actually "Stopping By Woods On A Snowy Evening" by Robert Frost, and I proceeded to recite the poem instead of reading the fortune.

Kayley was not in a mood for poetry, so she snatched my fortune and read it aloud:

The poppyseed is your lucky flower.

The girls then collapsed in a fit of giggles. For some reason, I felt like I wasn't respected.

Then the four of us, all liberal arts majors, tried to divide one check in a pile of pounds and quids and pence and p. Lord only knows how we managed to pay the bill. There was a lot of starting over again--

This was also the second night in a row we had been confused about whether to wait for a check or go to the front and pay there. I think the restaurants in England like to keep you guessing.

As Kayley so profoundly put it:

Back to Stratford and Chronology(cal Order)

We took the train to Stratford Upon Avon, and I felt like a big boy because I paid for my ticket. 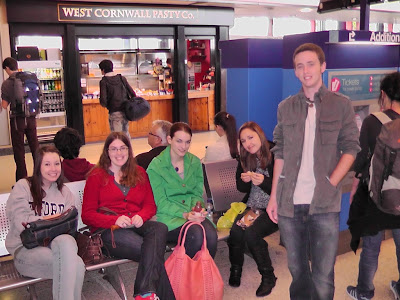 This is not a picture of me paying for my ticket.

We walked around the town of Stratford, which had lots of shops and monuments dedicated to William Shakespeare. 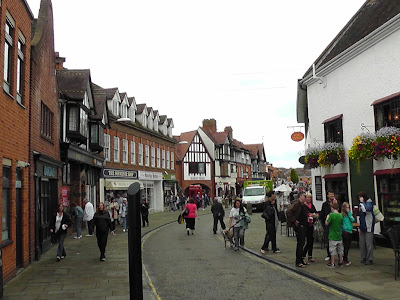 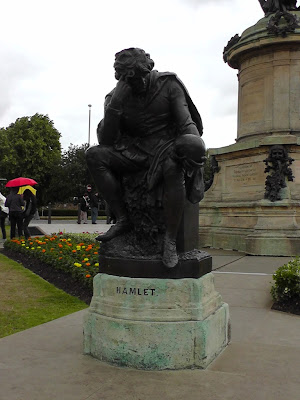 We saw the Royal Shakespeare Company building, where famous actors from Ian McKellan to Patrick Stewart have performed Shakespeare's plays. Then we split up, four of us went to a pub called the Rose and Crown for lunch and the other four weren't hungry (eh?!) and just saw the sights. 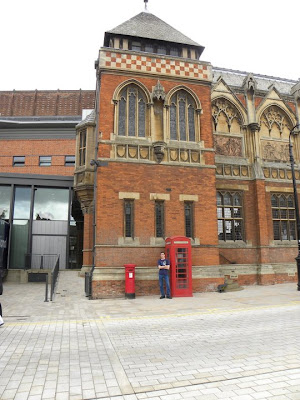 After lunch, my group went to the church where Shakespeare is buried, Holy Trinity Church. It's right by the river Avon. On the way, we passed Anne Hathaway's (his wife's) old house. Holy Trinity is the church where he was baptized and buried. His wife and some children and grandchildren are buried there too.

The graveyard around the church was very old. There were some very young children buried there. One of them was a girl named Emma Kitchen, who died at the age of three. 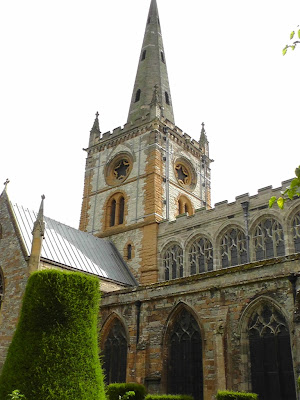 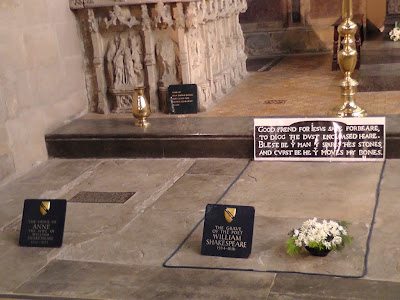 We walked by his birthplace next and then caught our train back to Oxford, coming home about 5 p.m. On the train back, I drank a delicious strawberry milk drink called a Yazoo, courtesy of (as I recall) Ashley and Kayley. It brought me into a world of flavor. I closed my eyes, and I could see and touch and feel a land beyond space and time, made possible by the delicious strawberry milk drink that was a Yazoo. 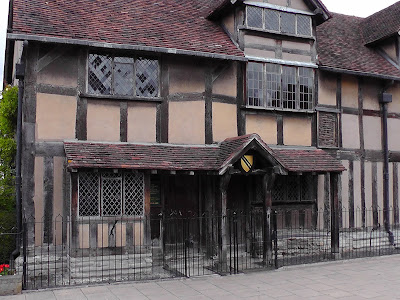 Shakespeare was born here. You have to wonder if he ever entered a world of flavor.

Back At Oxford We Eat Rubbish Ice Cream Cake

Then we had an excellent dinner (the hall was finally open again!) and an excellent dessert of chocolate ice cream cake. One of the waiters said, "Don't eat that, it's rubbish. Just leave it out for us and we'll take care of it."

After we were almost done eating the cake (which happened quickly), I told him, "Yeah, it's rubbish, but we're soldiering on." He said, "Just keep pushing through, but let us know if you need help." 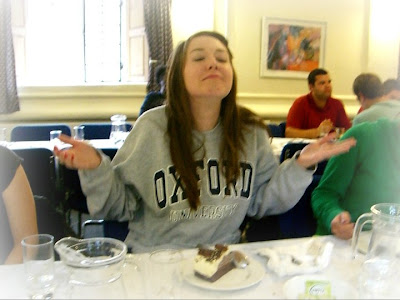 Kayley entered such a world of flavor that she was led to worship the Lord and give thanks.
Posted by SteventheThorn at 10:50 AM