This month I read The Invention of Hugo Cabret by Brian Selznick, a children's book about an orphaned boy trying to repair an automaton that his father left him. The boy gets caught up in a mystery involving an old filmmaker and the dangerous fire that claimed his father's life. Once repaired, the automaton reveals a secret that links them all together... 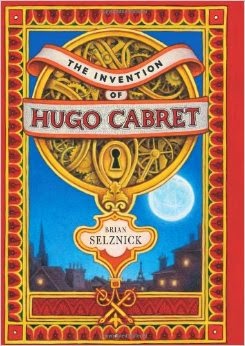 The story kept my attention, but the real draw of the book was the hundreds of beautiful illustrations. Reading the book is like watching a movie. Brian Selznick both wrote and illustrated the book. I'm impressed.

This weekend I finished reading Dreadnought by Cherie Priest, a steampunk novel set in the Civil War era. The Civil War has been going on for 20 years, and Confederate nurse Mercy Lynch heads out west after receiving a message from her estranged father. Along her transcontinental trip, she gets caught in the crossfire between Yankees and Rebels--and falls in the middle of a plot that could end the war...or humanity itself. 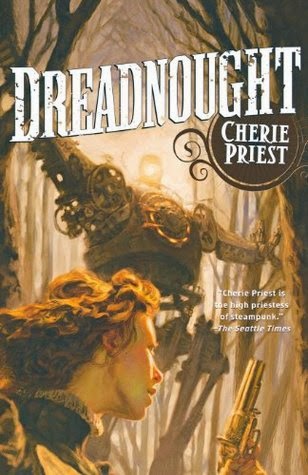 If you like alternative history, steampowered walkers, heavily-armored trains, and zombies, then you should read Dreadnought.
Posted by SteventheThorn at 4:08 PM No comments:

God and the Sanctity of Life

Yesterday, January 22, 2012, was the 39th anniversary of the U.S. Supreme Court's Roe vs. Wade decision which legalized abortion. Many Christians, Pro-Life supporters, and Abortion-Abolitionists observe January 22 as Sanctity of Life Day.
I think that abortion is murder. I am distressed that abortion has been tolerated in the United States of America for 39 years. Around 54 million abortions have occurred in the United States since the Roe vs. Wade decision. Murder on such a scale is difficult to comprehend.
In this post, I will not debate whether abortion is wrong. I don’t want to argue what can or should be done in the event of rape or other special circumstances that are often used to justify abortion. Those issues are not the topic of this blog post.
This blog post is about how I, a Christian, adhere to two fundamental Christian values: God made us and God loves us. Most Christians oppose abortion because abortion kills a living human: murder. Most Christians believe that murder is wrong, and that killing children is wrong.
But God kills children in the Bible. That troubles me.
In the Bible, many children die either by God’s command, or through divine acts of judgment. Children die in the Flood, in the Israelite invasion of Canaan, and in the apocalyptic judgments prophesied in the Book of Revelation. There are more Biblical events,, but those three come readily to mind.
I think the most unsettling verse about killing children is Psalm 137:9, which talks about judgment against Babylon, who conquered Israel. The Psalmist writes, “How blessed will be the one who seizes and dashes your little ones against the rock.”
My conscience shirks back from the killing of any children—American, Canaanite, or Babylonian. I don’t want to see any little ones dashed against the rocks. That violates my every conception of right and wrong. Therefore, it frightens me that God occasionally commands the killing of children, and it frightens that a Psalmist would want to seize little ones and dash them against the rock.
This blog post is simply an acknowledgement of my sadness, confusion, and terror. I know that am not God. If I am a painting, I did not paint myself. The Painter is obviously smarter, wiser, and more powerful than I am.
A time may come when I am no longer disturbed by these killings. Or, I might live my entire life with this issue troubling my conscience. Either way, God gave me my conscience. It is healthy for me to reason with my conscience, and to understand my own limitations and ignorance. Struggle is necessary.
I believe in God. I believe in Jesus. I am a Christian. God loves me, and He confuses me, and He terrifies me, and He is God and I am not. I love God.
Feel free to comment or correct any information that I’ve presented her. I’m sure that many of you have good responses for me. I’ve already talked with some of you about this topic, but I wanted to preserve my thoughts in a blog post.
Thanks for reading.
Posted by SteventheThorn at 2:33 PM 5 comments: