C. S. Lewis is a personal hero of mine. I'm not alone on that count. I've wanted to visit his home and resting-place for many years. I did lots of research to find out where-how-when, and I finally got there on Thursday, July 28, 2011. 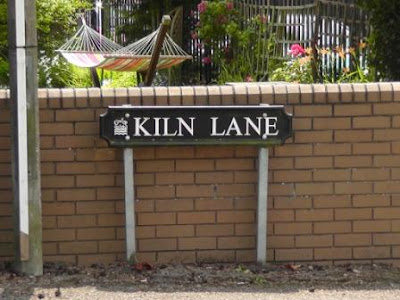 Like many of you, C. S. Lewis has had a big influence on my life because of his fiction, his Christian thinking, and his Christian apologetics. The Chronicles of Narnia was the first of the Three Great Fantasies in my life. I entered Narnia before I was 7, I went to Middle-earth around the age of 9, and I went to Hogwarts very late as a 16 year-old. 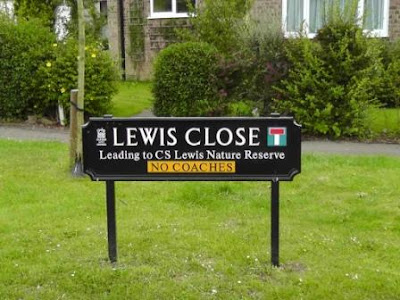 Middle-earth and Hogwarts have a special place in my heart, but Narnia came first. 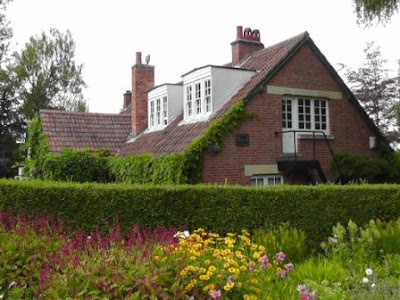 This is The Kilns--the home of C. S. Lewis ("Jack") and his brother, Warnie. Lewis bought the house with a friend's mother after World War I. He and a friend in the army made a promise that if either one of them died in the war, the survivor would look after the other's family. Lewis' friend was killed, so Lewis looked after his friend's mother and sister. 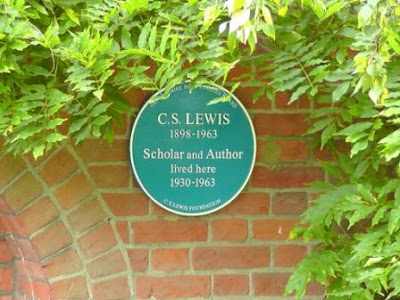 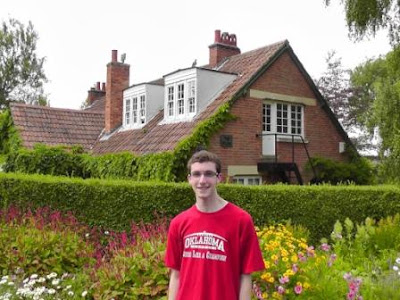 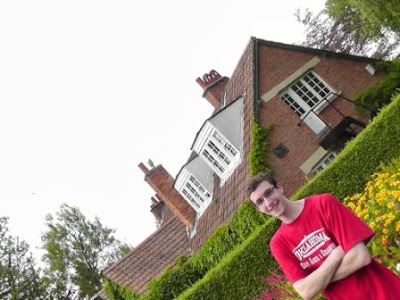 Thanks to my friend, Jamie, for the Dutch Angle. We're in Thor. 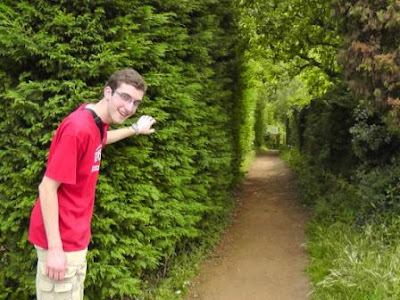 Going to Narnia--brb! (Or to the C. S. Lewis Nature Reserve) 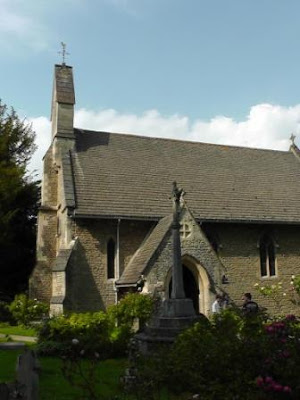 This is Holy Trinity Church, where Lewis attended and was buried. 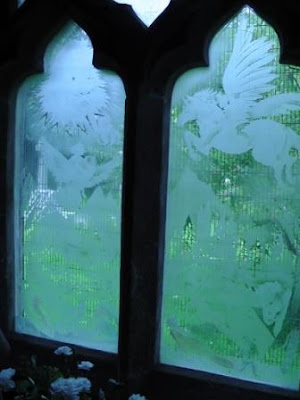 The Narnia Window in Holy Trinity Church. It was a dedicated in memory of children from the church who died tragically. 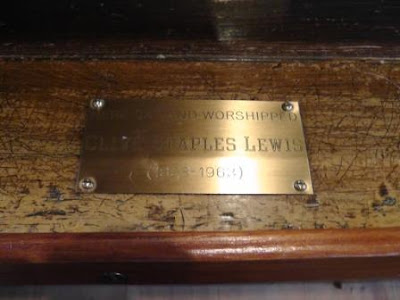 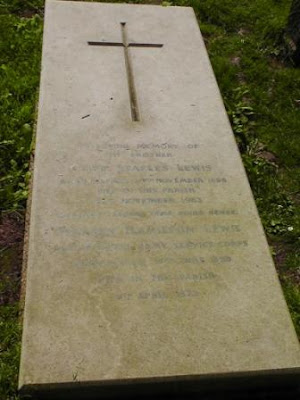 The inscription says, "Men must endure their going hence." This quote is from King Lear, and it was the quote of the day on the Lewis' Shakespeare calendar when their mother died. They were children when their mother died. The death of Lewis' mother affected him greatly. Scenes from The Magician's Nephew show this influence--when Diggory tells Aslan that he wants his sick mother to get better. 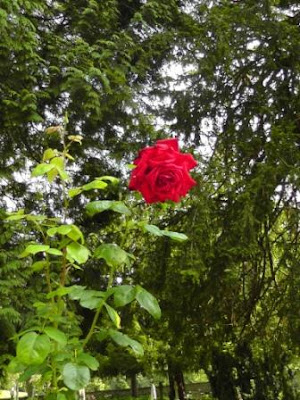 I took this photo because of a scene from the movie Shadowlands, which is about Jack and his wife, Joy, who died of cancer 4 years after they were married. (They got married on Joy's deathbed, but then her cancer went into remission for 4 years.)
At the beginning of the Anthony Hopkins' version of Shadowlands, Lewis is giving a lecture on The Romance of the Rose, in which he describes how desire is better than attaining. I.e., longing for love is better than actually having it.

But then Jack meets Joy, and he opens up his heart, and they have four years of happiness before Joy passes away. I think the point of having that scene at the beginning of the movie is to show how Lewis changed his mind about desiring and having.

That's why I took the photo.

You should watch the Anthony Hopkins' version of Shadowlands. It will break your heart.

And when someone whom you love passes away, you should read A Grief Observed, which Lewis wrote anonymously after Joy died. 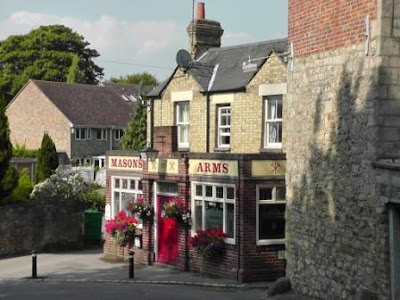 This is the Mason's Arms, a pub that Jack and Warnie would visit sometimes after church. They always left church at the last hymn, before everyone else, leaving the door to slam conspicuously.
Posted by SteventheThorn at 2:14 PM