Have you noticed that I’m inconsistent with my usage of “Saint” and its abbreviation, “St.”?

Oxford Strikes Back Days 11-12:
The Tower of London and McDonald’s

On Wednesday, I had an excellent breakfast at Brasenose. 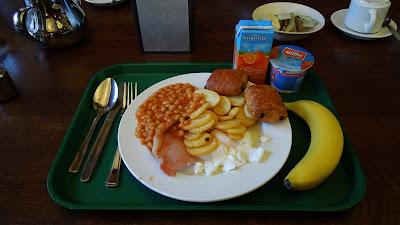 
Then there was Bocce in the New Quad and Fussball in the Brasenose Bar. And a stellar view of Old Quad from Christian’s room. 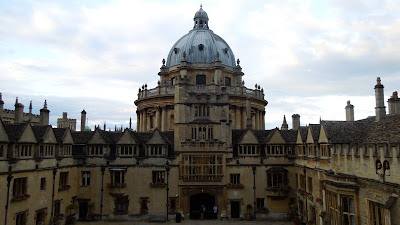 "The Tower of London and McDonald's"

On Thursday, I went to London with Hayley, Taryn, Lindsay, and Martha. Lindsay and Martha were heading onto Paris in the afternoon, but we were all together for lunch and a visit to the Tower of London. 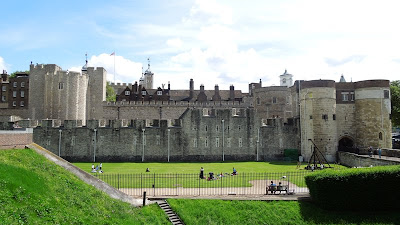 The Tower of London. It’s an incredible historical site., but it’s a sobering place to visit because of all of the people who have been imprisoned, tortured, and killed there. 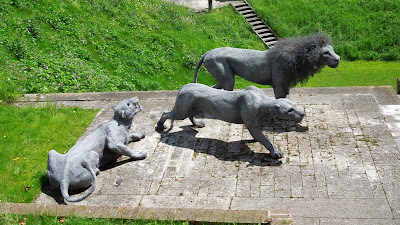 Lions outside the Tower of London. They’re alive. They’re just a special breed of lion with gray fur. 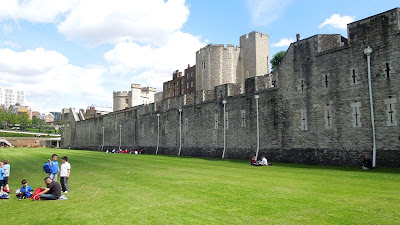 The old Tower moat. It used to be a lot deeper. Guards still patrol the grounds. You can see them if you look closely – but their camouflage is really good. 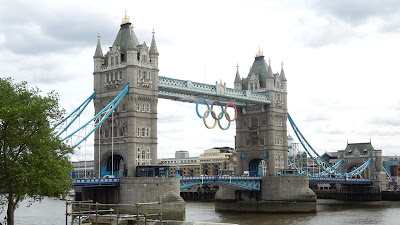 Tower Bridge. We didn’t know it then, but David Beckham was destined to speedboat under that bridge in the opening ceremony of the 2012 Olympics. 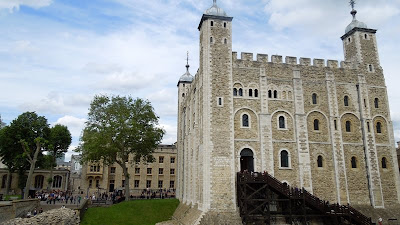 The White Tower. It has loads of armor and weapons. For boys who like (killing) toys.

We also saw the Crown Jewels, which are set up in one of the most sensible exhibits that I’ve ever seen. The Crown Jewels (crowns, rings, scepters, etc. of the Royal Family) are in a long glass case between two moving walkways. That way (unlike the Mona Lisa in the Louvre or the Rosetta Stone in the British Museum), everyone gets a chance to see the Crown Jewels, and there aren’t crowds lingering in front blocking the view.

After you get off either walkway, you can walk around a third walkway and see the Crown Jewels again. (I took advantage of that.) I’ve never seen so much glittery, shiny wealth in all of my life. I probably won’t.

We could have spent 2 or 3 more hours at the Tower of London, but we wanted to see Saint Paul’s Cathedral (which we didn’t go inside last trip because of time constraints).

Unfortunately, after we left the Tower of London, some wicked person stole Taryn’s wallet, so we spent the rest of the afternoon sorting that out. Then we started making our way back to Victoria for the Oxford Tube – and the Underground wasn’t running properly.

When Hayley, Taryn, and I finally boarded the Oxford Tube around 5:00pm, we had slim hopes of making dinner at Oxford – but hopes nonetheless.


Unfortunately, with traffic, it took us 2 hours to get out of London itself. So we got to Oxford after 8:00pm.

Having missed dinner at Brasenose, Hayley, Taryn, and I thought about going to a pub for dinner, but it was almost 9:00pm, so the pub kitchens were almost closed. And then it started raining.

Discouraged (but not defeated), we returned to Brasenose and ate our Americanized-British-high-fructose-corn-syrup’d McDonald’s meal in Hayley’s spacious room. We made the most of it (yay for friends), and ended up having an entertaining 2 hour conversation about food, diet coke, and text etiquette.

We decided that succinct text messages that end in periods are definitely cold. I’ll demonstrate.