a) “Shipping Costs HOW Much?”

On Thursday morning, Christian and I went to the post office to ship our parcels of purchased products. After we got packages and tape and packaged and taped (and addressed) our parcels, I was told that my package would cost about $80 to ship via plane to los Estados Unidos. (Or I could spend about $40 to ship it via ship...and it would arrive in 4-6 weeks.)

As I mentioned in the prologue of another blog post, spending $40-$80 to ship my library of Pratchett books would nullify the huge savings I had made by purchasing the books at charity shops. (I spent less than $3 on each book.)

Dr. Wright came into the post office while Christian and I were there. She took one look at me and my armload of books and laughed. It was a very sweet laugh of affectionate derision.

“I’ve been there before,” she said. And she learned her lesson.

Fair enough. I had just learned mine.

In the end, I paid for the parcel and the tape, which I had already used, and walked away with the parcel without shipping it. (Ha! What a silly Muppet!) Then I divided up the books amongst my helpful friends, who packed ‘em in their luggage and will deliver ‘em to me when I get back to OU.

2) Ode To An Umbrella

Thursday was the day that someone stole my umbrella.

I put it down at a bookstore for a minute and then someone stole it. 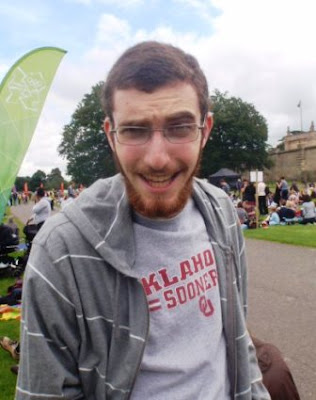 Seriously – why would you steal my umbrella?

Do you remember when I bought it? I was listening to James Blunt’s All the Lost Souls. Those poor Lost Souls. That poor Stolen Umbrella.

I said it then, and I’ll say it now. That umbrella was the best £3 I spent all trip.

Thanks for the deal, JJB Sports.

Umbrella, you kept me dry many a time.

Umbrella, you made me look even more shockingly handsome, suave, and debonair* than I already did. 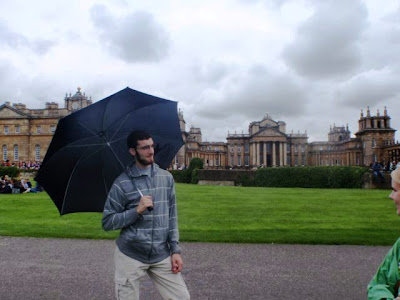 Umbrella, you will be remembered.


I never even got to say goodbye…

On Thursday, I went to Magdalen Tower with almost all of my amigos.

Dr. Robert Douglas Fairhurst of Magdalen College led the climb up the tower, which is the tallest tower (and has the best view) in Oxford. 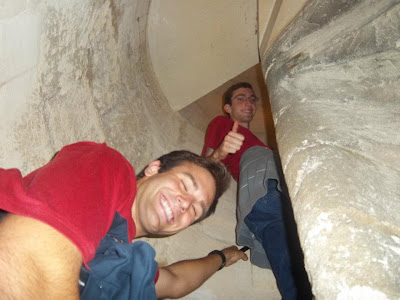 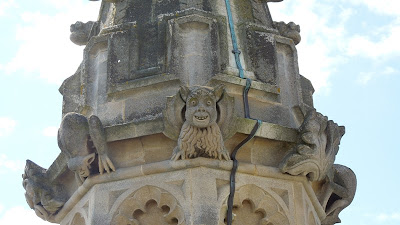 A friendly gargoyle on Magdalen Tower. 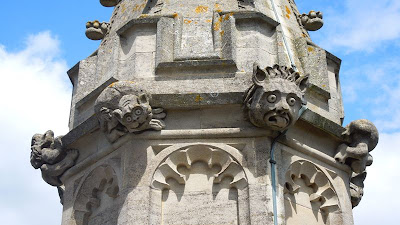 On Magdalen Tower is a Cat and a :P 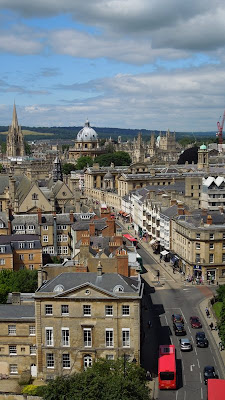 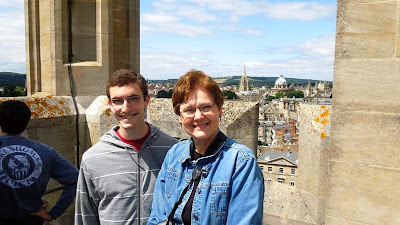 Over a year ago, Dr. Wright made an off comment that it was possible to go to Oxford a second time... 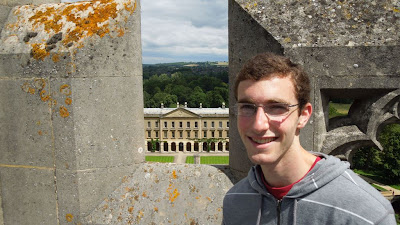 Down there yonder were the windows to C. S. Lewis’s rooms. 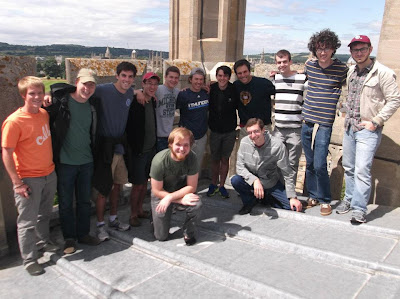 All the boys on top of Magdalen Tower. 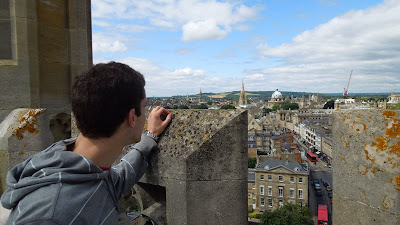 Who knew that I would ever see that view again?

“The Greatest Adventure is what lies ahead
Today and tomorrow are yet to be said
The moments, the memories, are all yours to take
The mold of your life is in your hands to make” – The Hobbit (1977 film)

Last year, I visited C. S. Lewis’s home, the Kilns, but I wasn’t able to go inside.

This time, I went inside.

The C. S. Lewis Foundation owns and maintains the house. I emailed ahead and scheduled a tour for some of the C. S. Lewis fans in the OU Honors program.

And so it was that Michael, Sarah, Whitney, Leah, Linda, and I visited the Kilns. 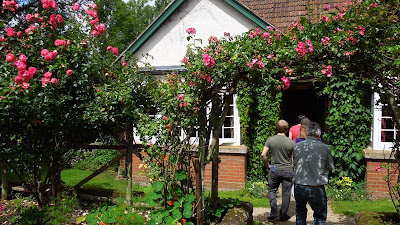 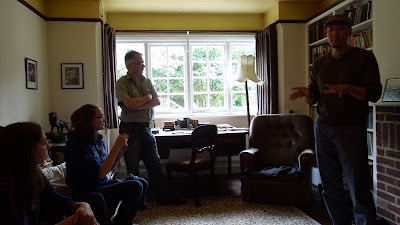 Our guide explains how the house is decorated to resemble how it looked in Lewis’s time. 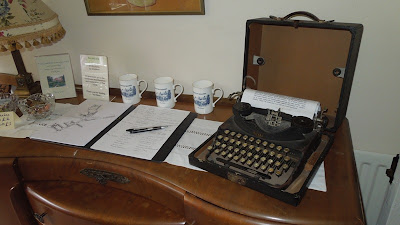 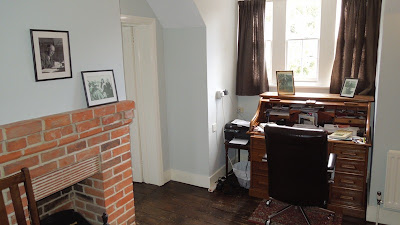 The room in which C. S. Lewis wrote The Chronicles of Narnia. 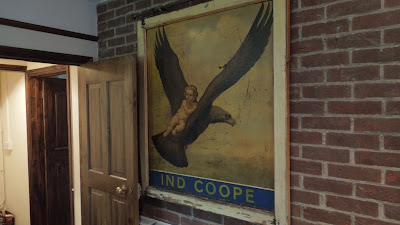 The original sign to the Eagle and Child (or The Bird and Baby, as the locals call it). This was the sign that hung at the pub when the Inklings frequented it.

The sign is seen here hanging up in Lewis’s library. Apparently, the owner of the Eagle and Child was just going to throw the sign away. (AAACK!) Fortunately for all of us, a man associated with the C. S. Lewis Foundation was walking by when the owner was taking it down. He asked if the owner would sell it instead of throwing it away.

The owner said, “How much money do you have in your pocket?”
And the man bought the sign for £8. 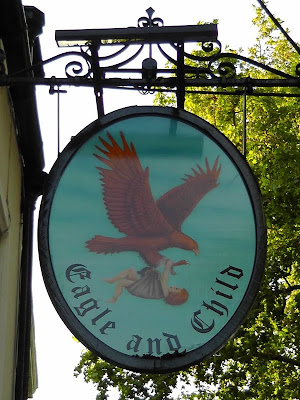 Here’s a picture of the current Eagle and Child sign. 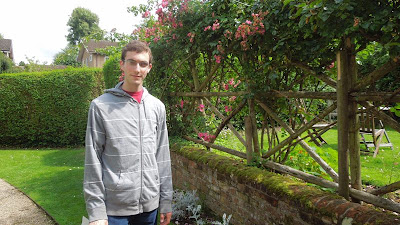 The outside of the house is largely as it was in Lewis’s time. This garden wall was particularly significant to me because of a picture of C. S. Lewis and Joy Gresham (which was taken during Joy’s remission from cancer). 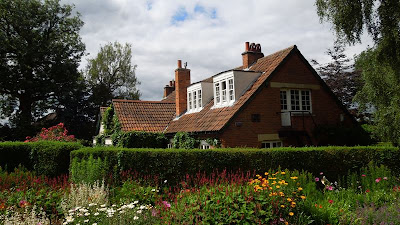 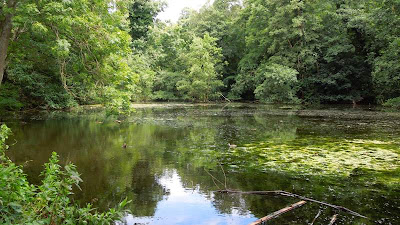 The pond by the Kilns. This was the view that Tolkien and Lewis had as they sat on a bench and talked about God, their books, and everything. 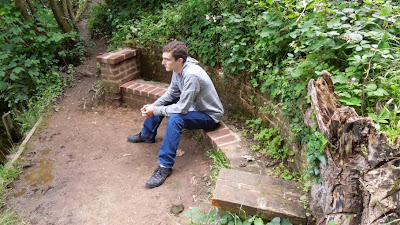 Sitting where Tolkien and Lewis sat.

We visited Holy Trinity Church, where C. S. Lewis and Warnie attended, and where they are both buried. (I have additional pictures in last year’s post.) 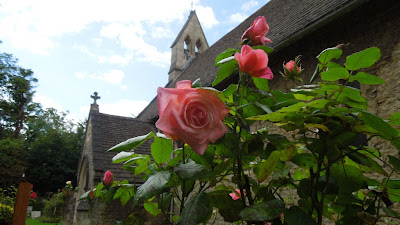 A beautiful pink rose in front of Holy Trinity Church. 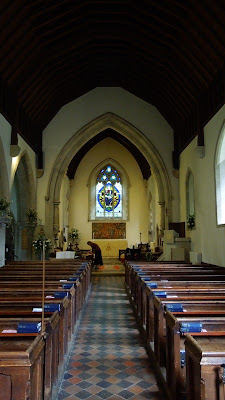 Holy Trinity Church, as seen from the perspective of C. S. Lewis’s seat. 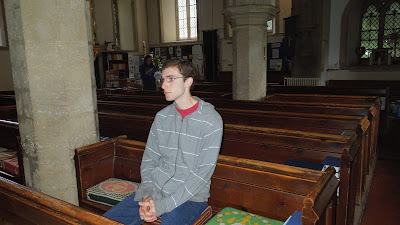 After leaving Holy Trinity Church, we took the bus back from Headington to Oxford, and we ate some Ben’s Cookies.

Then we had dinner.

Then I realized that, after spending almost 6 cumulative weeks at Brasenose, I still hadn’t been inside the Brasenose library.

So I walked up the stairs to the library, tried the door…and walked inside. 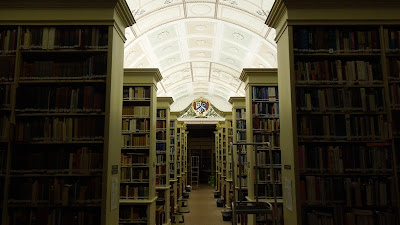 Inside the Brasenose Library. It was cool. I would have been upset if I had visited Brasenose twice and I hadn’t at least gone inside.

After my library dream was fulfilled, we went to George and Danver’s for ice cream.