It has always amazed me that the 4th of July falls on the same day every year.

Wednesday, July 4, 2012, was the 4th of July. This was an important day for us Yankees, because it’s Independence Day!

This was the first year that I’ve celebrated the 4th of July out of the United States of America. How appropriate to celebrate it in England, right?

(On a serious note*, I must note that our Oxford hosts were still very gracious and hospitable on this political holiday, in spite of the occasional…*hem hem* outburst of patriotic fervor from a few Americans at Brasenose.)

*Serious? In this blog?

Independence Day celebrations were to be held Wednesday night at Gerties, the Brasenose Bar. But in the morning, it was still morning, and it wasn’t time for celebrations yet, so I went to the Botanic Garden.

But I didn’t just go to the Botanic Garden. I went with Christian, Crystal, Erin, Michael, Linda, Dylan, Leigh, and Laura. It was an event. Umbrellas were brought along and fun was had. 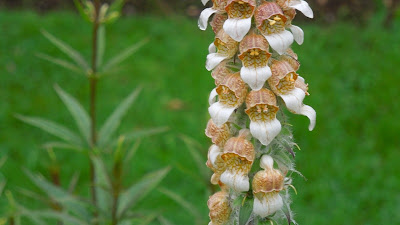 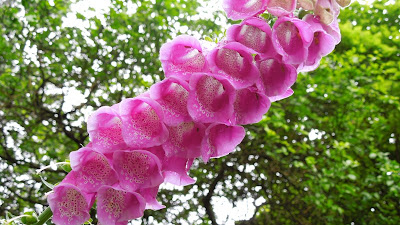 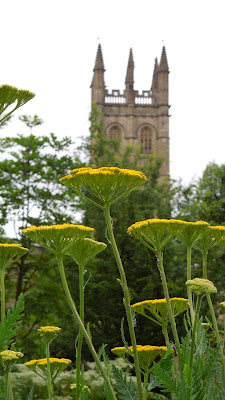 Achillea Clypeolata X Filipendulina with Magdalen Tower in the background. 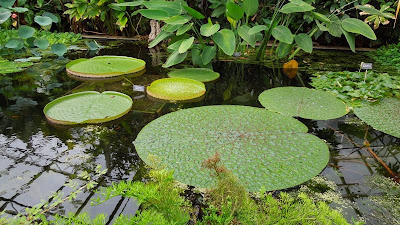 A guide said that one of those lily pads was strong enough to support an infant. Don't try it at home though. 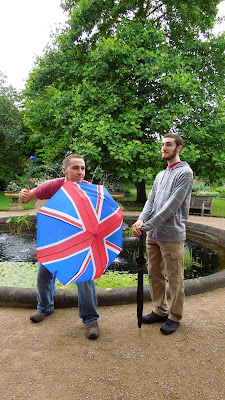 Captain America? Captain...er, Union Jack? Captain Union Jack and A Distinguished Sweater'd Handsome Man with An Umbrella.
After lunch, I took a 2 mile walk to the Victoria’s Arms pub with Dr. Velie, Dr. Wright, two of the judges from the OU Law program, Crystal, Erin, Megan, John (my hallmate, who I met at 1 a.m. Tuesday night), Erin, and Linda.

Dr. Velie told us that the walk would be “a little muddy,” so I brought my boots and cuffed up my pants.

…but that wasn’t nearly enough.

We waded through ankle-deep mud and splashed and squelched our way through dirty puddles and high brush for about 2 miles on our way to the Victoria Arms.

So instead, I got mud splashed on my pants all the way up to my calf – mud on the inside of my pants, since I had cuffed ‘em. Savvy?

I was moderately irritated. I think a few of us were. But then Crystal pointed out that if we weren’t all like family by the end of this little trip, well…we probably wouldn’t be. 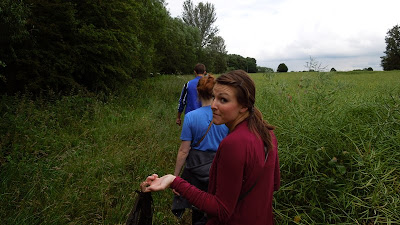 But we were (which is to say, we were to become like family)! Even if some good shoes gave their lives in the fires that forged our fast and hardy friendships. 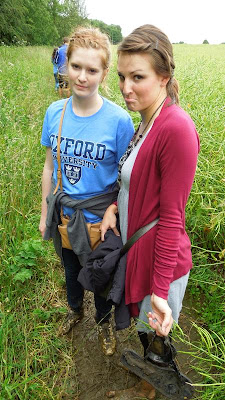 After we got through the English mud and pastureland (stopping occasionally to realize that we should enjoy the view, but then remembering that we needed to keep our eyes on the mud), we reached the Victoria Arms and it started raining.

At that point, Crystal laughed, got out from umbrella-cover, and ran off into the rain. She and Erin both, as I recall.

If we were going to trudge through the mud to this pub, it had better be a good pub, right? 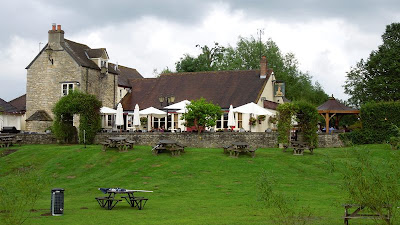 And it was, because it had cheese. We stayed at the Victoria Arms for 2 hours eating bleu cheese, apples, and cracker. The professors rode back in two taxis, and we waited a bit longer for a van. 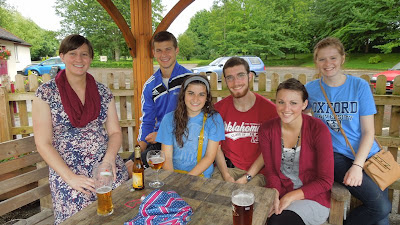 On the van ride, we talked about cookies, and someone said, “Nuts,” and everyone went nuts. It was all a little confusing for most of us, and a little hilarious for some of us.

Dinner was magnificent, with an incredible bread and tomato-cheese and pesto and ugula (er…dunno if I got that right?), a guinea fowl entrée, and a chocolate brownie with clotted cream chocolate ice cream for dessert. Divine.

After dinner, we went to the Brasenose Bar (Gerties) to celebrate the 4th of July. The Brasenose staff was very accommodating to our boisterous patriotism.

I played fussball* and darts with Christian, and then another round of fussball with John, Lindsay, and Dylan.

After that, all of the OU Honors and Law students sang the national anthem twice, “Party in the U.S.A.” twice, and we ended the night with a rousing chorus of the OU fight song.

When in the course of human events, if Dr. Velie tells you that the walk to a pub will be a little muddy, we hold this truth to be self-evident that you must take old jeans and sturdy boots…
Posted by SteventheThorn at 12:35 PM