a) In England, French Toast is called “Eggy Bread.”

d) Get thee to a nunnery. 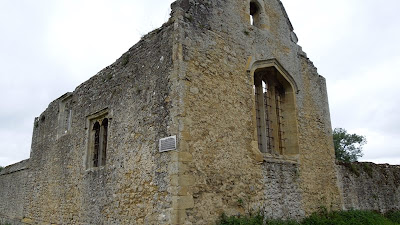 A nunnery. Get thee to one.

In the morning, I went to the Ashmolean with Christian, Crystal, and Linda. The Ashmolean is one of the greatest (and oldest) museums in the world, and it has a mind-boggling collection of paintings, coins, statues, clothing, inscriptions, and mucho más.

I spent a good hour in their Egyptian exhibit. Christian and Linda more or less accompanied me, and I think Crystal contented herself with getting lost (or wandering off, depending on your perspective). I hope she made it out. 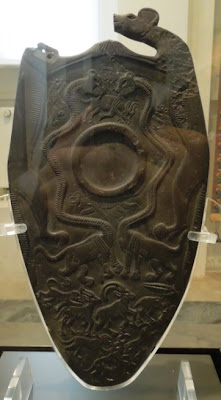 Giraffe-cats will smite thee, Thou Enemies of the Pharoah. 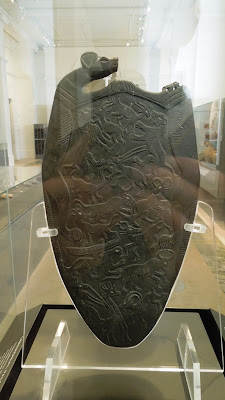 And Thus Were Many Smitten. 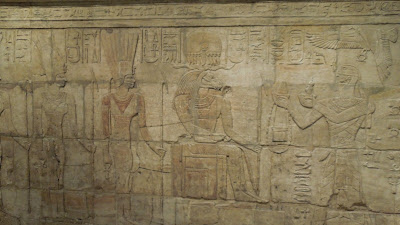 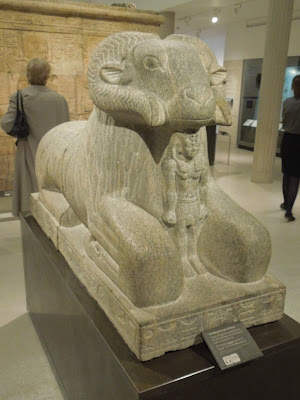 Ram God (or just a really big ram) protects Amun between his legs.
There was also an exhibit on Akhenaten, who worshipped Aten, the Sun God (represented by a sun disk). The worship of Aten was one of the earliest forms of monotheism. Akhenaten worshipped Aten as his Father, and Aten was worshipped as a loving god who created everything and provided for everyone. Some of the hymns to Aten are very similar to Biblical Psalms.

Lunch included curly fries, which threw me for a loop because I didn’t know whether to call them chips or fries. The lady in the cafeteria line said that they’re chips if they’re straight. Fair enough.

I also drank banana-flavored milk. It tasted like a banana Runt-candy in milk form.

In the afternoon, we went to the Eagle and Child, the Perch, and the Trout Inn. 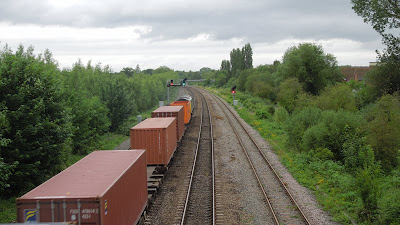 Trains. I find them all fascinating. 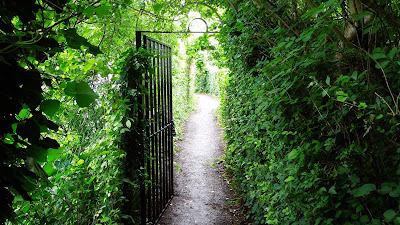 Enter the secret garden to the Perch. 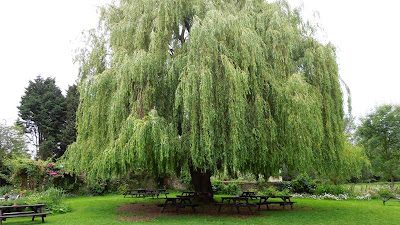 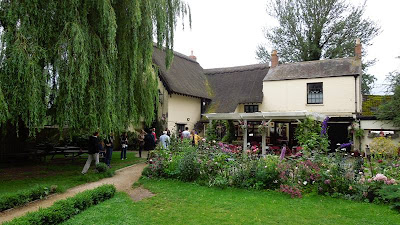 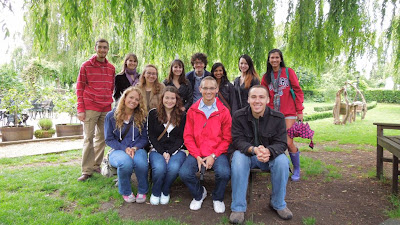 All of the beautiful people who trekked to the Perch and the Trout Inn. 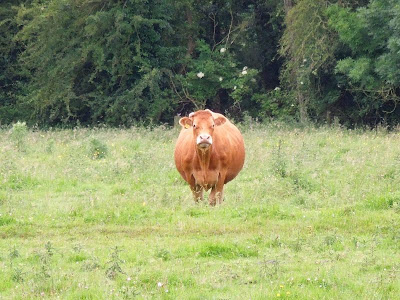 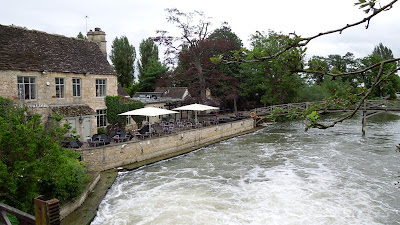 The Trout Inn. The Inklings used to come here for weekend retreats. Steven Thorn came here once last year.
On the way back from the Trout, Christian charged through a gaggle of geese with his umbrella, á la Sean Connery in The Last Crusade. 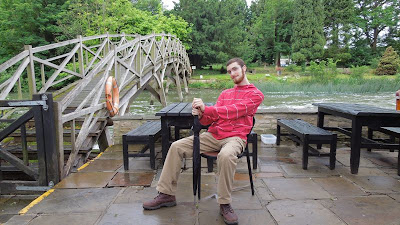 He may not be Sean Connery, but he's got style.
Posted by SteventheThorn at 10:00 AM